The BPP is led by a binational board of directors from the U.S. and Mexico. The board meets four times each year to set strategic direction, and provide general oversight of the Executive Director. Staff leads the day-to-day operations of the binational organization, and members are encouraged to participate in programs and activities of the organization on a regular basis according to needs and interests.  We are pleased to report that all board members are fully engaged and are active contributors and donors to the organization, as outlined in Board Roles and Responsibilities.  Contributions include charitable giving, membership dues, sponsorship, and in-kind giving. 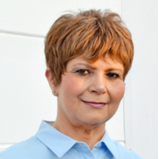 ​Rosa del Carmen was born and lives in Mexicali, Baja California, where she completed a degree in Human Resources from the Center for Technical and Higher Education (CETYS University). From 2004 to 2012, she was a member of the Board of Directors for the local nonprofit Cadenas de Ayuda para Mexico. As of 2012, she serves as the executive director. She has collaborated in advertising and marketing agencies, in the management of different family businesses and since 2006 she is the finance director of a group of corporations based in the state of Baja California.

​Laura Speer was named the Foundation's inaugural director of strategy in February 2019.  Prior to this role, she was the associate director for policy reform and advocacy and held primary responsibility for KIDS COUNT, including its annual publications and the KIDS COUNT Data Center. Having spent a number of years doing state- and local-level child advocacy work, Speer was a key liaison and resource person for the KIDS COUNT network of state advocates in the United States, as well as a growing number of child advocates in Latin America interested in data-based advocacy.  Laura has a bachelor's degree in economics from the University of Massachusetts at Amherst and a master's degree in public administration from New York University. 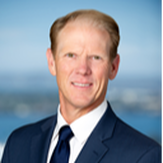 J.C. Thomas is the assistant director of the Development Services Department for the City of San Diego. In his position, he is responsible for the digital transformation, innovation initiatives and operations support for the department. The department provides review, permit, inspection, and code enforcement services for private and public development projects throughout the City to ensure healthy, safe, and livable neighborhoods. 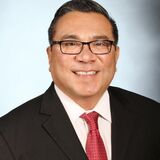 Louis R. Escareño, Treasurer  | San Antonio, Texas
General Counsel and Director, Government & Public Affairs, UETA/Duty Free Americas
​
Louis was born and raised in San Antonio. He received a baccalaureate degree in Political Science at the University of Pennsylvania, a master’s in Public Administration at Harvard University and a doctorate in jurisprudence at the University of Houston Law Center.  A former President of the San Antonio Hispanic Chamber of Commerce,   Escareño serves on numerous boards including the U.S. Mexico Chamber of Commerce Binational Board, the Border Trade Alliance and the San Ysidro Chamber of Commerce. Escareño served as Special Assistant Attorney General and Deputy Chief of Staff in the Office of the Texas Attorney General.  In this capacity he was the coordinator/liaison of the U.S. Mexico Border State Attorneys General and Director of the Attorney General’s U.S. – Mexico Border Task Force.  Escareño also served in the White House in the Carter Administration as a staff assistant in the Office for Hispanic Affairs and prior to that as a Special Assistant to US Senator Lloyd Bentsen. 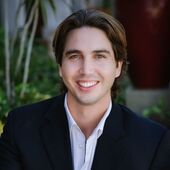 Enrique Díaz Rivera Robinson Bours, Immediate Past Chair | Cabo San Lucas, Baja California Sur
Board Member, Fundación Tichi Muñoz, A.C.
​
Enrique has a baccalaureate degree in Industrial and Systems Engineering from the Instituto Tecnológico y de Estudios Superiores de Monterrey. He is a real estate developer in Cabo San Lucas, Mexico and a board Member of the San Jose del Cabo Fire department, as well as a board member and treasurer of the Fundación Tichi Muñoz in Cd. Obregón, Sonora.  The Tichi Muñoz Foundation was founded by Enrique’s grandfather, Enrique R. Bours Almada in honor of his first wife and Enrique’s grandmother, Beatriz Marina “Tiche” Muñoz. 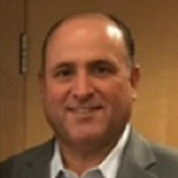 ​Eduardo is currently President of the Otay Mesa Chamber of Commerce and Vice President of RL Jones Customhouse Brokers, where he has been a partner for over 20 years.  Eduardo is very involved in the mega region, serving as a board member at Index Tijuana, as well as a Vice President of the Pacific Coast Council of Customs Brokers and Freight Forwarders Assns. Inc. He is also an active member at DEITAC, as well as a board member of the Smart Border Coalition.  As a new member of the San Diego Chamber of Commerce, he also looks forward to actively participating in its activities.
​ 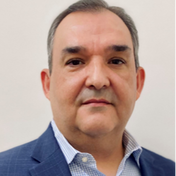 Guillermo Garza is the Chief Public Affairs, Communications and Sustainability Officer for Arca Continental, one of the largest Coca-Cola bottlers in the world. Garza is active in the community participating in many business chambers and community welfare efforts including International Council of Beverages Association for LatAm, Public Affairs Board of North America and Latin America Beverages Association, Global Compact Mexican Chapter, and the Monterrey Metropolitan Water fund. Garza graduated from the Technological Institute of Monterrey with a Communications and Science, and completed post graduate studies at Boston College, Harvard University, and IPADE.
​ 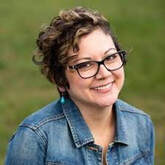 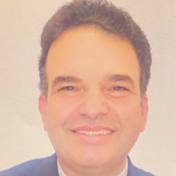 Juan Guadalupe Marcos Giacomán | Monterrey, Nuevo Leon
Board Member, Fundación Jesús M. Montemayor, A.C.
​
​Marcos Giacomán has a long and distinguished history serving as a board member in the philanthropic sector in Mexico. He currently serves as Chair of the Fundación Jesús M. Montemayor, A.C., and serves as a board member with COMCE, the Catholic Archdiocese of Monterrey, and the Rotary Club of Monterrey. Juan Guadalupe completed his University and Post Graduate degrees at the University of Monterrey. 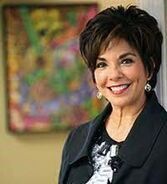 ​Lisa is responsible for leading the Foundation’s engagements and relationships with diverse communities across Arizona and is responsible for an aggregate annual grantmaking budget of over $30 million.  Lisa also served on the Board of Trustees of the Arizona Community Foundation for 8 years.  She was recently named “Most Influential Businesswomen” by InBusiness Magazine, “One to Watch” by the Arizona Republic, and one of the “Most Admired CEOs” by the Phoenix Business Journal. She received a bachelor’s degree from ASU and completed the Stanford Latino Entrepreneur Institute program. Lisa is a long-time supporter of Border Philanthropy Partnership, where as a member she joined our first-ever public policy advocacy tour to Washington, D.C. in October 2018.
In memoriam

Oswaldo Wendlandt Hurtado passed away in San Antonio, TX on April 27, 2020. Oswaldo was a binational community leader and philanthropist residing in both San Antonio, TX and Monterrey, Nuevo Leon, Mexico. Oswaldo was a member, donor, and board member of the U.S.-Mexico Border Philanthropy Partnership. He first joined BPP in 2016 and joined the BPP Board of Directors in 2018. Oswaldo was instrumental in BPP forming new partnerships in Nuevo Leon and helped BPP organize several philanthropy convenings in Monterrey and served ably on the Membership Committee. In addition to his service to BPP, Oswaldo was a founding member of the Fundación de Beneficencia Jesús M. Montemayor based in Monterrey, Nuevo Leon. The Montemayor Foundation is one of the largest private foundations supporting families and communities in Northern Mexico. Oswaldo was a tireless advocate for immigrant and human rights in both the U.S. and Mexico. Oswaldo received his degree in Economics from ITESM and studied English at Rice University, and business management at IPADE. He has been an active board member of corporations and institutions in Monterrey such as COPARMEX, the International Bank, the Consejo Cívico, and the State Commission for Human Rights. Oswaldo is survived by his wife Martha and their four children. Rest in Peace dear friend. Q.E.P.D.

​The BPP Board of Directors and staff team mourn the passing of our dear friend and colleague, Lic. Luis Alberto Healy Loera. Luis Alberto passed just days before the Christmas holiday while at his home in Bahia del Kino, Sonora. Luis Alberto just completed his first three-year term on the Board of Directors and was to be re-elected at the 2022 annual meeting to be held this week. During his time on the Board, Luis Alberto was actively engaged in our public policy advocacy initiatives for philanthropy in the Borderlands. Healy joined our Washington, D.C. delegation to support more humane repatriation policies, medical lanes at all ports of entry, protection of the charitable tax deduction, and the Census 2020 project. Additionally, Luis Alberto supported BPP’s work with the Foreign Ministry of Mexico in support of health and wellness activities, and he was always supportive to discuss our work in Grupo Healy’s newspapers in Northwest Mexico. Most of all, Luis Alberto was our friend and colleague, with whom we enjoyed many happy times together in both the U.S.A. and Mexico to talk about strengthening the community ties between our two countries. Our deepest sympathy to his family, especially his mother, Doña Sylvia Loera de Healy, and his siblings Rosa Silvia, María Dolores,Teresita, Patricia, José Santiago, Juan Fernando y Daniel Healy Loera. Rest in peace dear friend.